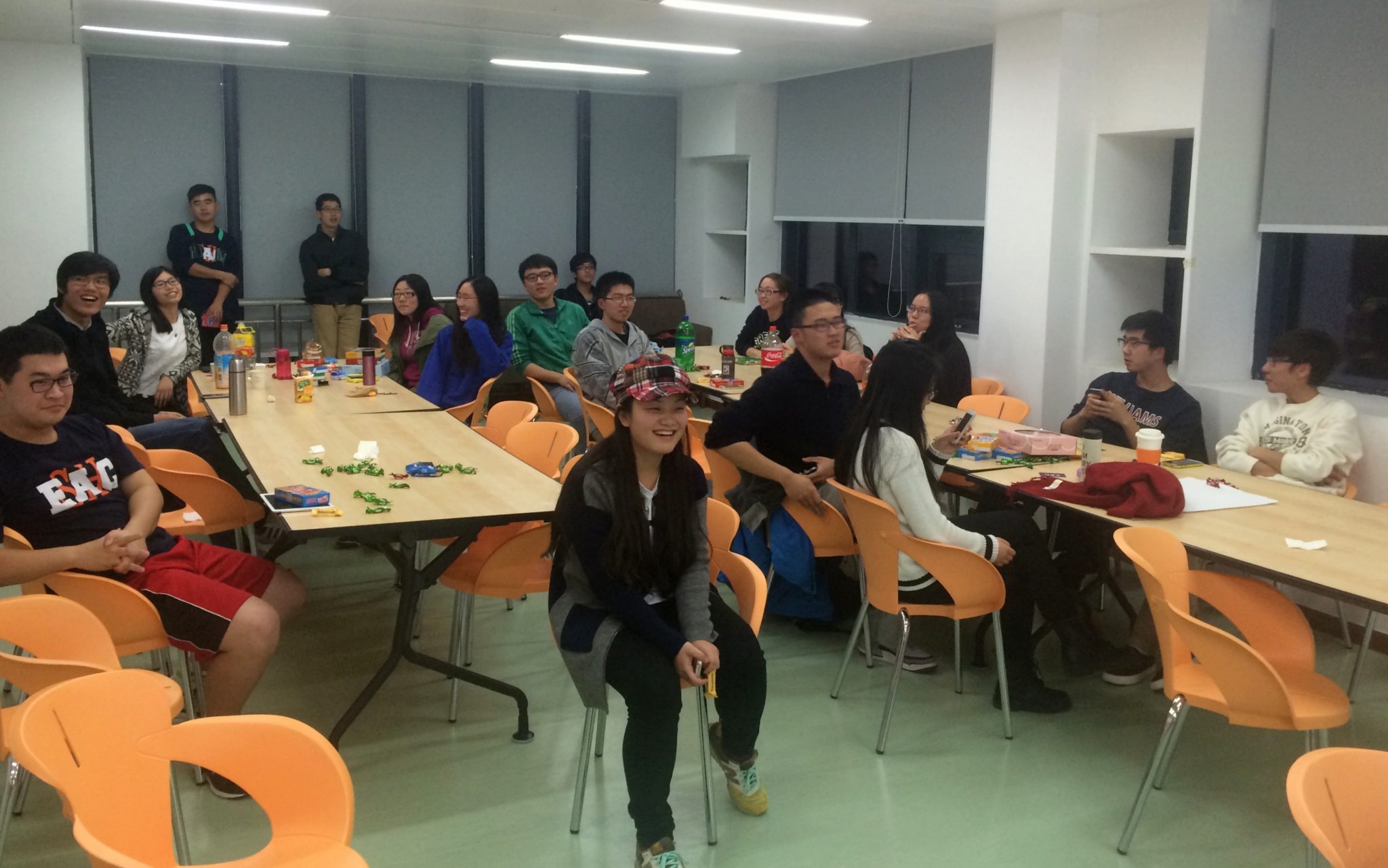 Every participant was very excited about the challenges ahead!
參賽的同學們都摩拳擦掌準備好迎接挑戰！

Stanley Ho East Asia College’s House Association Communication Working Group successfully held the third annual “Who is Still Standing” quiz game on 8th February. Seven groups of 28 contestants, ranging from Year 1 to PhD students, not only contributed a very wide array of expertise to the excitement of the quiz game, but also attracted many other students to witness and cheer for their friends.

The quiz contest was held in the form of ballot. Two teams were drawn to play against each other. The winning team would get a small prize and enter the next round of competition, while the side being defeated would be directly eliminated from the contest. 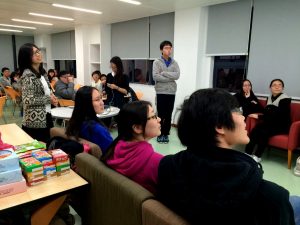 Both the competing sides were very keen at speculating the answers to the series of questions.
對壘的雙方都十分投入研究問題、猜度答案。

As the quiz game went on, the atmosphere was becoming even more intense. To win, not only must the contestants have a “powerful brain”, but they also need competitive teammates. The topics were very wide-ranging. If the contestants were not erudite, they could only stand aside feeling dejected. Many participants were stunned by questions they had never heard of. Everyone could not help laughing because of all kinds of witty guesses.

The annual “Who is Still Standing” quiz game was based on a Mainland Chinese TV variety show bearing the same title. As students seek mastery of a wider scope of knowledge through this kind of fun challenge, not only would they obtain a lot of pleasure from the achievement, but also they could understand more about their own capabilities. 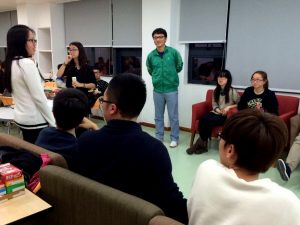 Two teams of contests were taking turn to answer questions they might not even have heard of before.
比賽中兩隊需要輪流回答一些他們甚至以前沒有聽過的問題。 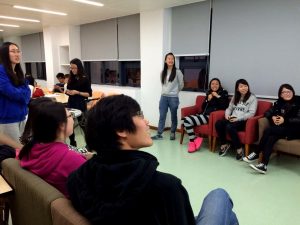 Even participants themselves could not stop laughing at their own witty guesses at times.
許多選手也被自己對題目各種各樣的猜測引得停不下的笑起來。